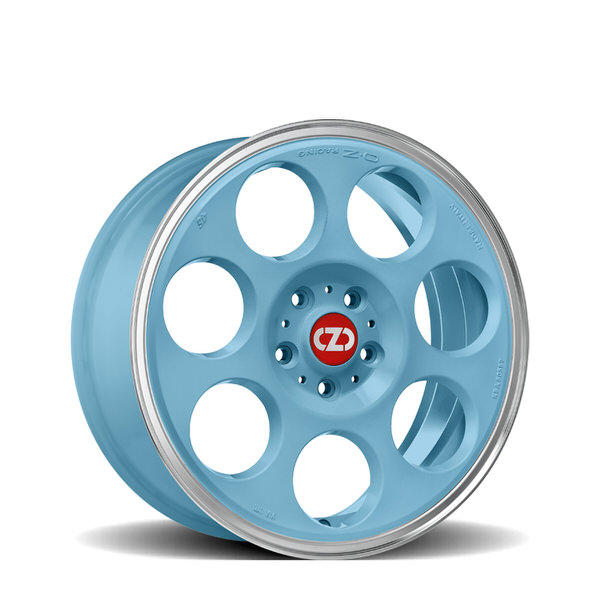 OZ was established in 1971 by Silvano Oselladore and Pietro Zen two close friends with a shared passion for cars who were destined to become automotive pioneers, creating a brand and products that would dictate technical and stylistic trends across the entire market over the next 45 years.

Out back, behind the gas station in Rossano Veneto (province of Vicenza) in 1971, the idea for “number one”, the first OZ wheel, became a reality. It was made for a Mini Cooper entered in a local rally race.

In 2016 the company celebrates its own 45th anniversary with a contemporary reinterpretation of the “number one”, the very first OZ wheel.

Dubbed Anniversary 45, it revisits the retro style typical of the light alloy wheels of the ‘70s, while at the same time making use of today’s state of the art technologies. An iconic wheel for iconic cars like MINI and the FIAT 500, but not only.

Anniversary 45 is also available in many other applications, allowing a design personalization of a large number of vehicles currently on the market.