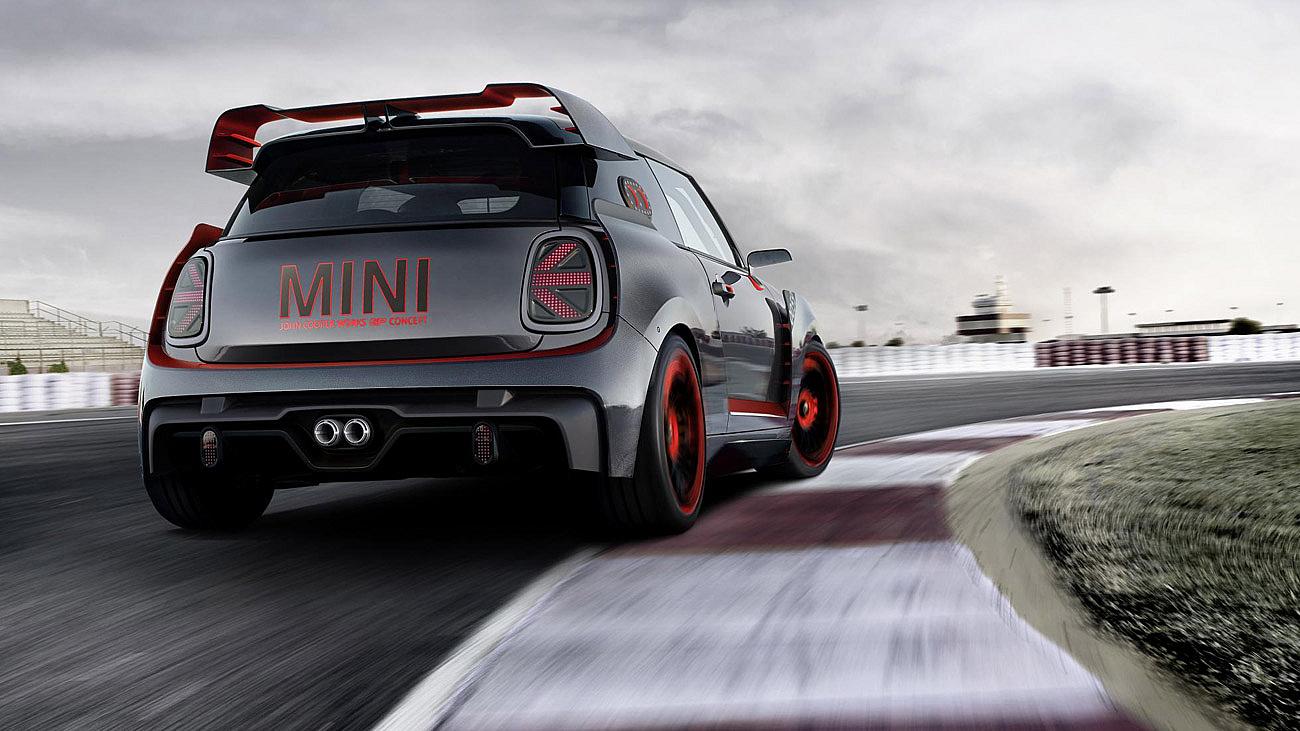 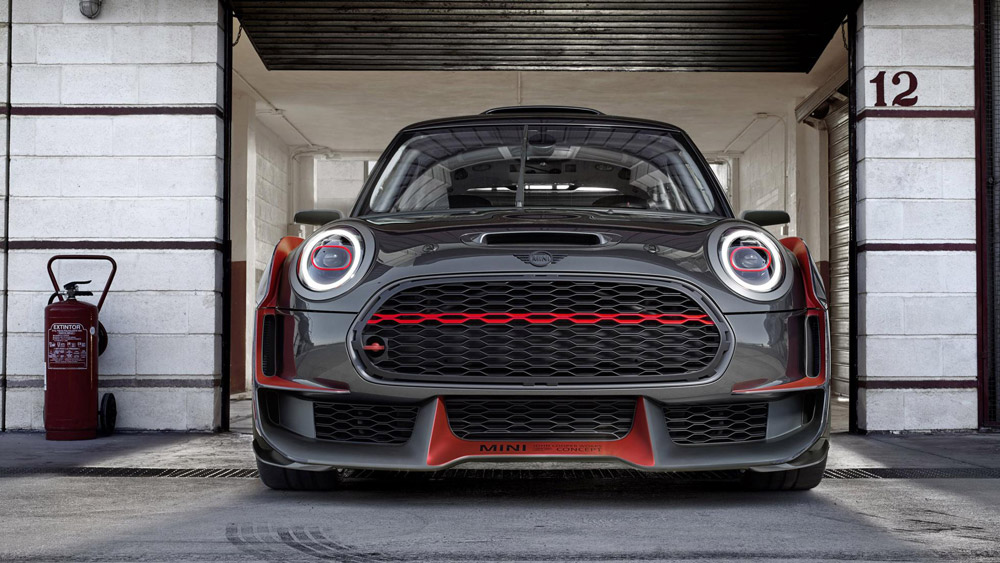 Usually, Mini waits right until the end of its hatchback’s life before it unleashes a GP version. More power, no back seats, not cheap. However, Mini has been unable to contain itself this time, so it’s turned the current Mini into a John Cooper Works GP concept. And it looks utterly barmy. 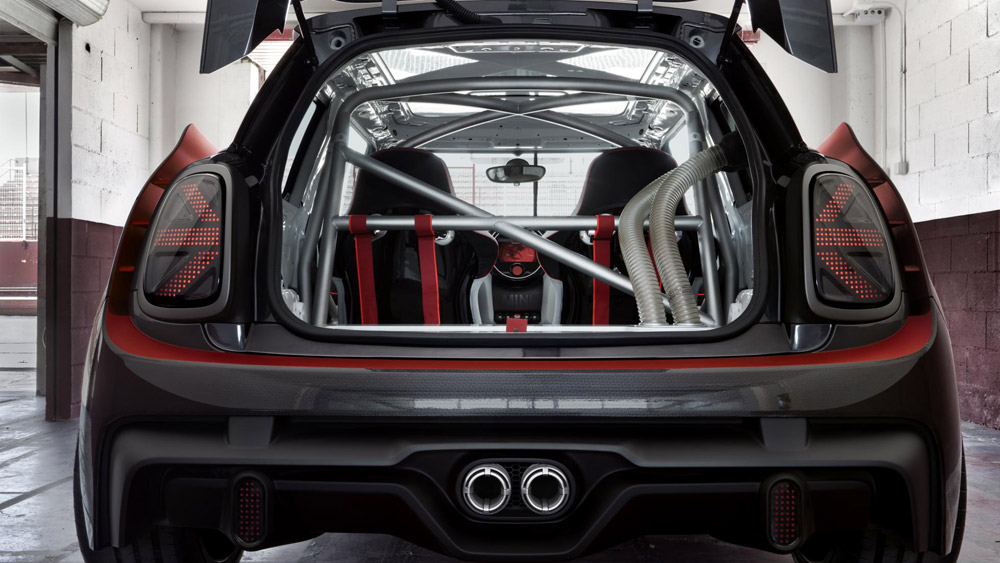 Ever wondered what the lovechild of a BMW i8 and Mini Cooper would look like? Gape at the GP concept’s flying buttresses and louvred wheelarches and wonder no more. Then marvel at the loop-the-loop rear wing, and the racecar-spec diffuser. All of the bodywork mods are carbon-fibre too, so it conforms to the commandment that a Mini GP ought to weigh less than its own key fob. Up front, there’s an enormous grille – Audi, are you watching this? Because the GP’s a concept, there’s no numerical juiciness thrown in, so we don’t know what engine it’s intended to use, or the power output. Lots, presumably, given the amount of cooling going on. The standard Mini JCW delivers a rorty 228bhp, so it’s not beyond the realms of silliness that a production-spec GP could go beyond 240bhp, or 250bhp… 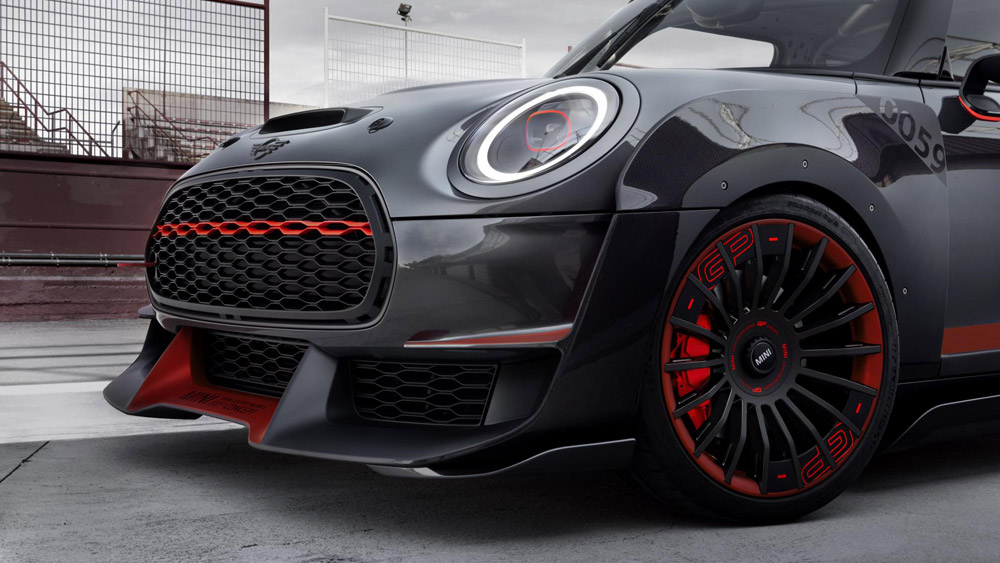 The REAL sports wheel for the cross country 4WD and Hiace. The same technology used for the current popular model 57TRANSCEND is now availabe in a 6 lug version - revamped into the 57TRANS-X. &n... 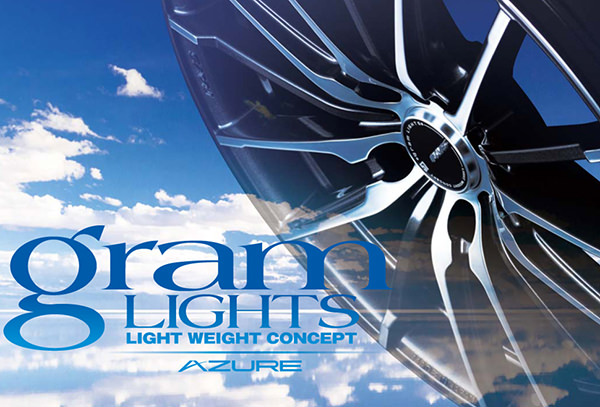 The AZURE series brings together the concept of sports taken from the original Gramlights brand an... 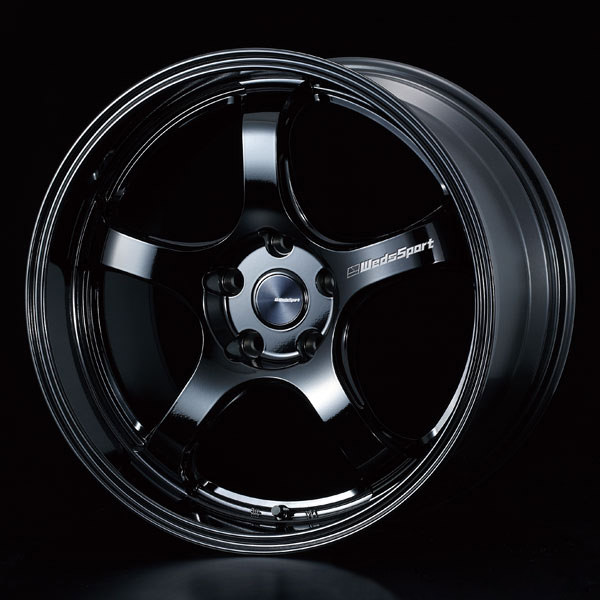 The WedsSport RN-05M wheels are new additions to the lightweight performance line-up, featuring the latest technology to create a strong lightweight 5-spoke wheel. 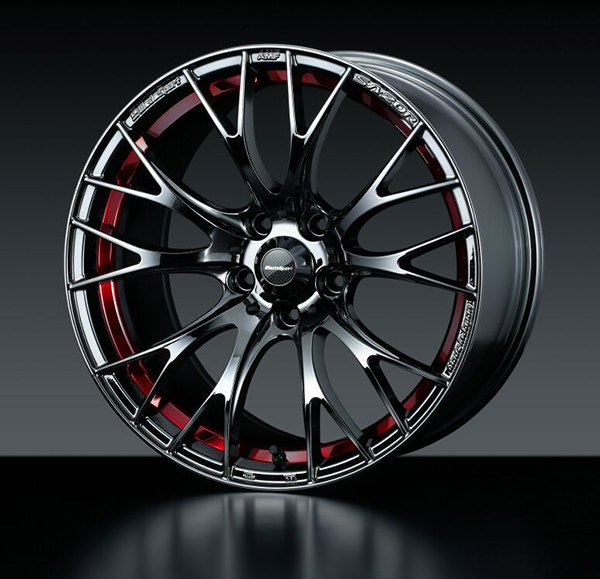 Brilliancy for the worthy Premium Car! Aiming for the [Piano Black] tone of Black, this glossy black 2X9 brings it forward to the next level. In the HOMURA range, to take full advantage of the d...

Innovation dwells on standard. The G series pursuit is always to express dynamism in the technology of forging. The G50 is a 5 spoke with delicate lines that create a sense of movement t...